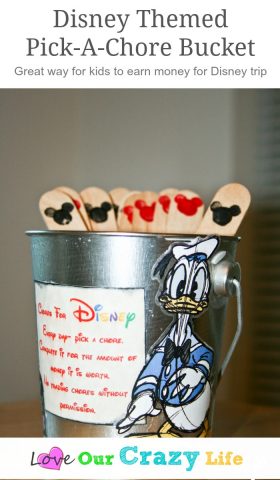 I came up with this idea when Mike and I decided to take his niece and nephew to Disneyland with us. They were coming to stay with us the summer before, and we wanted to give them an opportunity to earn some extra spending money for the trip so I made this Disney Chore Bucket. It is super easy to make and turned out really cute. 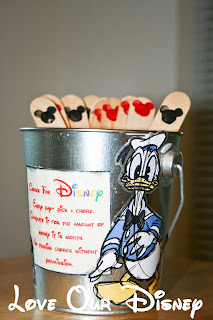 I have seen a lot of similar ideas to this on pinterest for rainy day activities, ways to draw a name, etc. And well, I had these buckets that I found for 3 for $1 a few months ago that I had been wanting to use. 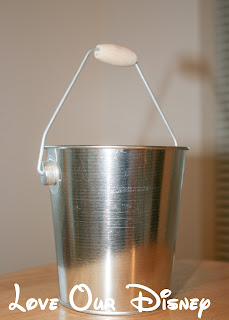 For this craft you will need the following:

To start- Print (on card stock) and cut out your sign/label. I used distressing ink around the edges (if you know my craft style this is not shocking). I then used mod podge to adhere it to the bucket. 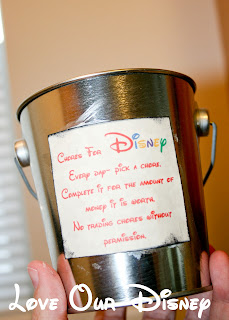 I then added some Disney stickers for some extra fun. I chose Donald and Daisy. 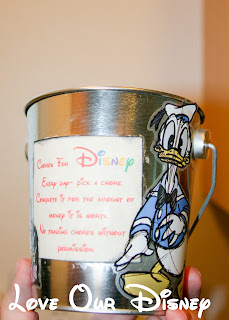 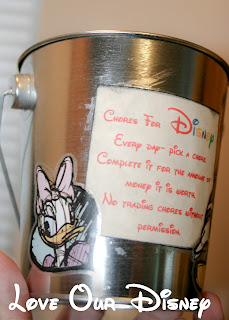 Next, I mod podged the Disney chore bucket. I used a matte finish mod podge. I thought after I had covered the whole thing how I had never mod podged tin before without painting it, or covering it completely in another material, so I was nervous, but it dried nicely and looked great.

While I waited for it to dry, so I could put on a second coat, I did the popsicle sticks.
First, I used red and black paint on 13 sticks. They kids were here for 2 weeks, and normally they got to pick one chore a day (except on major cleaning days). I didn’t put them back in until they were all used up.

Take the sponge brush you used for mod podge and the pencil. Dip the end of the handle of the brush into which ever color you are using. 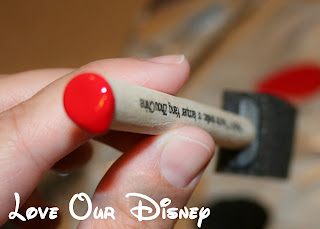 Obviously they are not all perfect, but I am not into perfection. The imperfections makes it personal.

Then write at the other end, I wrote out chores and amounts. I did not write any chores they should automatically do. No picking up toys, making bed, putting away clean clothes, etc. Only extra stuff they could do that I would not normally have them do. 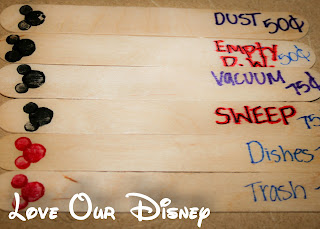 I just used the sharpie fine point pens. I tried markers but they bled (you can tell which ones that I used them on). If you want to get fancy, you can print them off on the computer and glue/tape them on. I went for simple and quick.

There you have it. You are finished with your Disney Chore Bucket. It only took me about 20 minutes from start to finish. 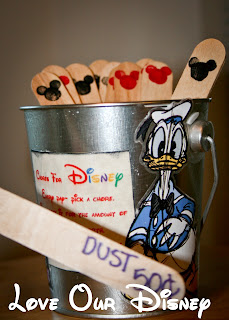 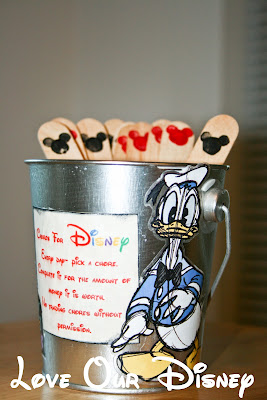