Have you ever wanted to learn how to draw a Disney character? Maybe you think you are not capable of drawing anything more than a stick figure? Either way, you might want to check out Disney’s Animation Academy. 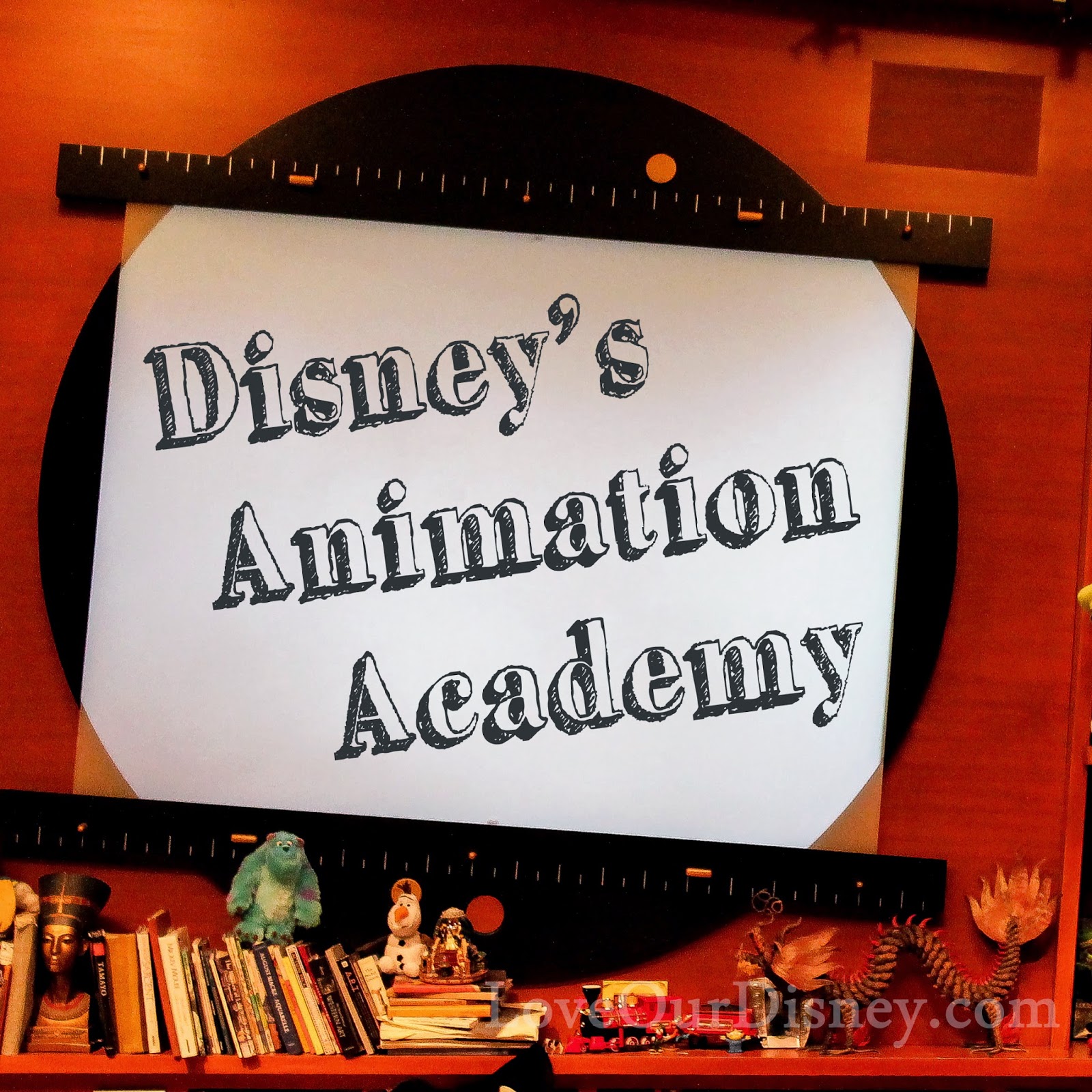 I have a confession….I can’t draw. I am the one I mentioned above that is drawing stick figures. Yep, that is me. That has made me avoid the Animation Academy in Disney California Adventure for years. This year though, I have a goal of doing every Disneyland Resort attraction at least once in 2014 (unless it is closed the entire time). So, in March, my niece and I went in to the Animation Academy. This drawing was going to be a total disaster.
The Animation Academy is located in Disney California Adventure’s Hollywood Land next to the Disney Junior Live On Stage theater. The building it is located in includes Talk Turtle With Crush, The Sorcerer’s Workshop, and more.

The Animation Academy will have a schedule posted of “class times” and which character you will be learning to draw. This is pretty cool if you have a favorite character you really want to learn to draw.

The room itself reminds me of a lecture hall for a university class. The seats have giant clip boards with a paper attached and a pencil. The pencil has no eraser. I about freaked when I noticed this because I was sure I would make mistakes.

At the front of the room is a stage with a giant  screen (pictured above) and off to the side is an artist desk. 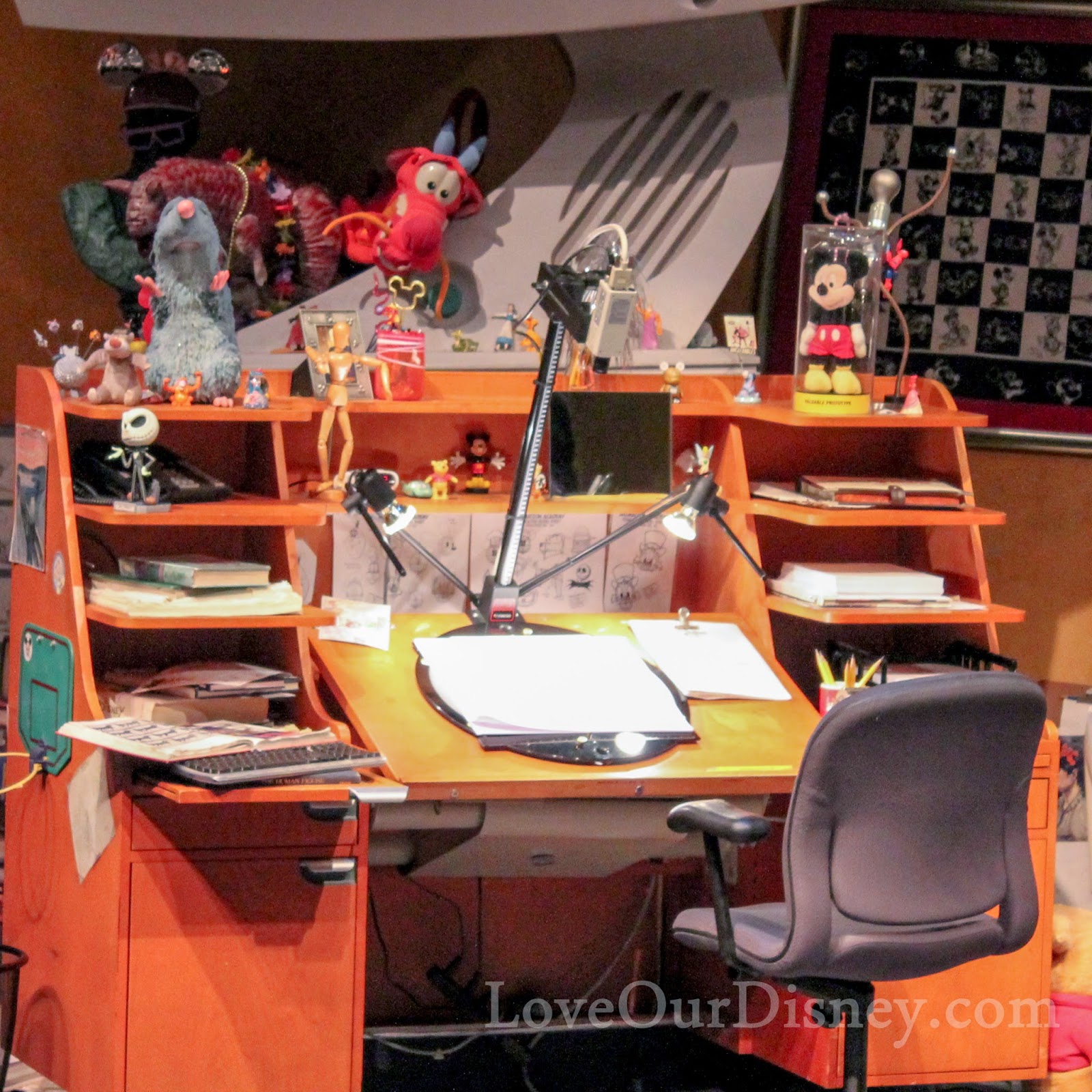 As the class began, the cast member who would be our “instructor” assured us that we would be able to draw a character using basic shapes. She also assured us we would not need the missing erasers because we were doing a rough sketch.
She sat down at the desk and as she instructed us what to do, she also drew on her own paper, which was projected up onto the screen. 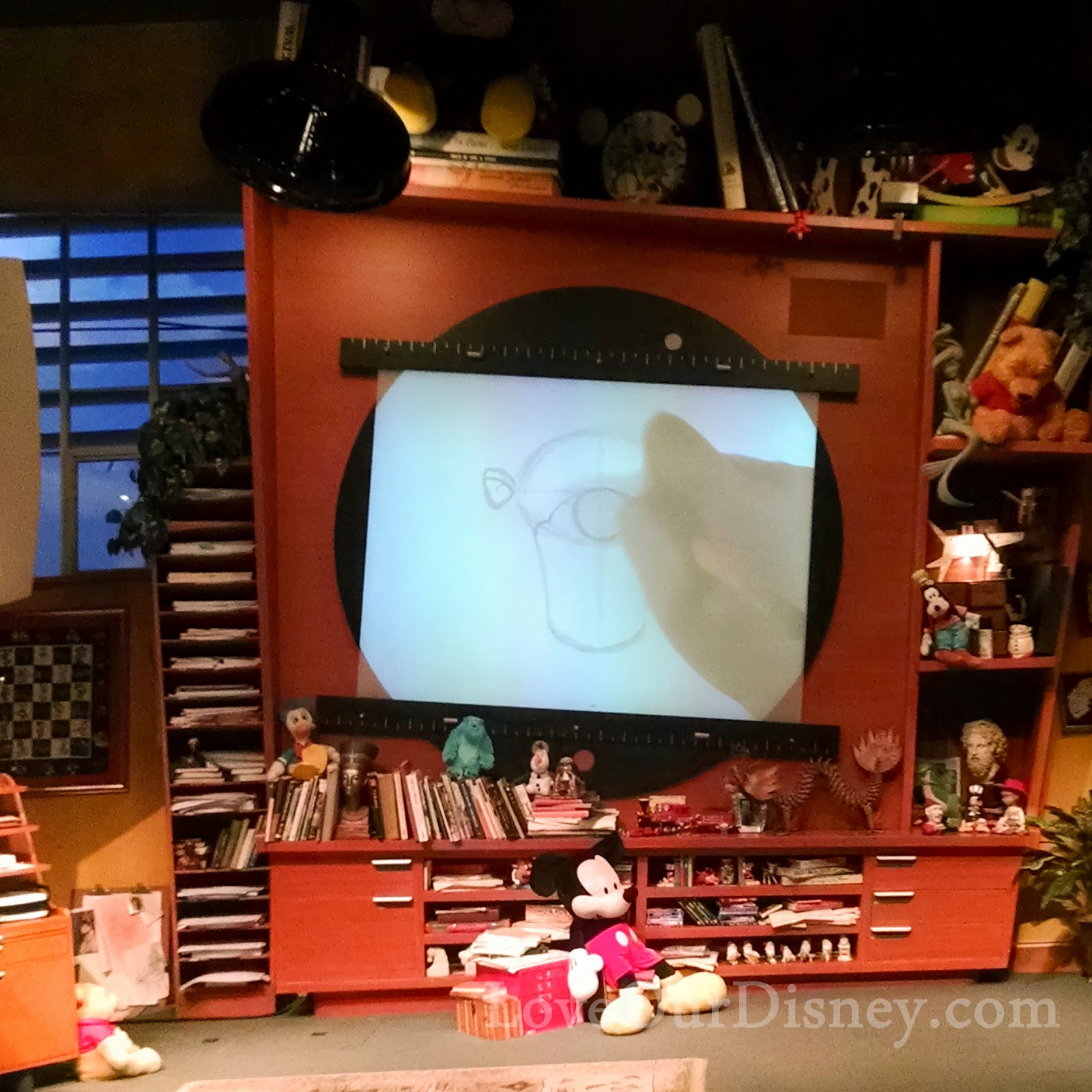 Can you guess what character I learned to draw? Tigger!
And, yes, I am actually going to show you how mine turned out… 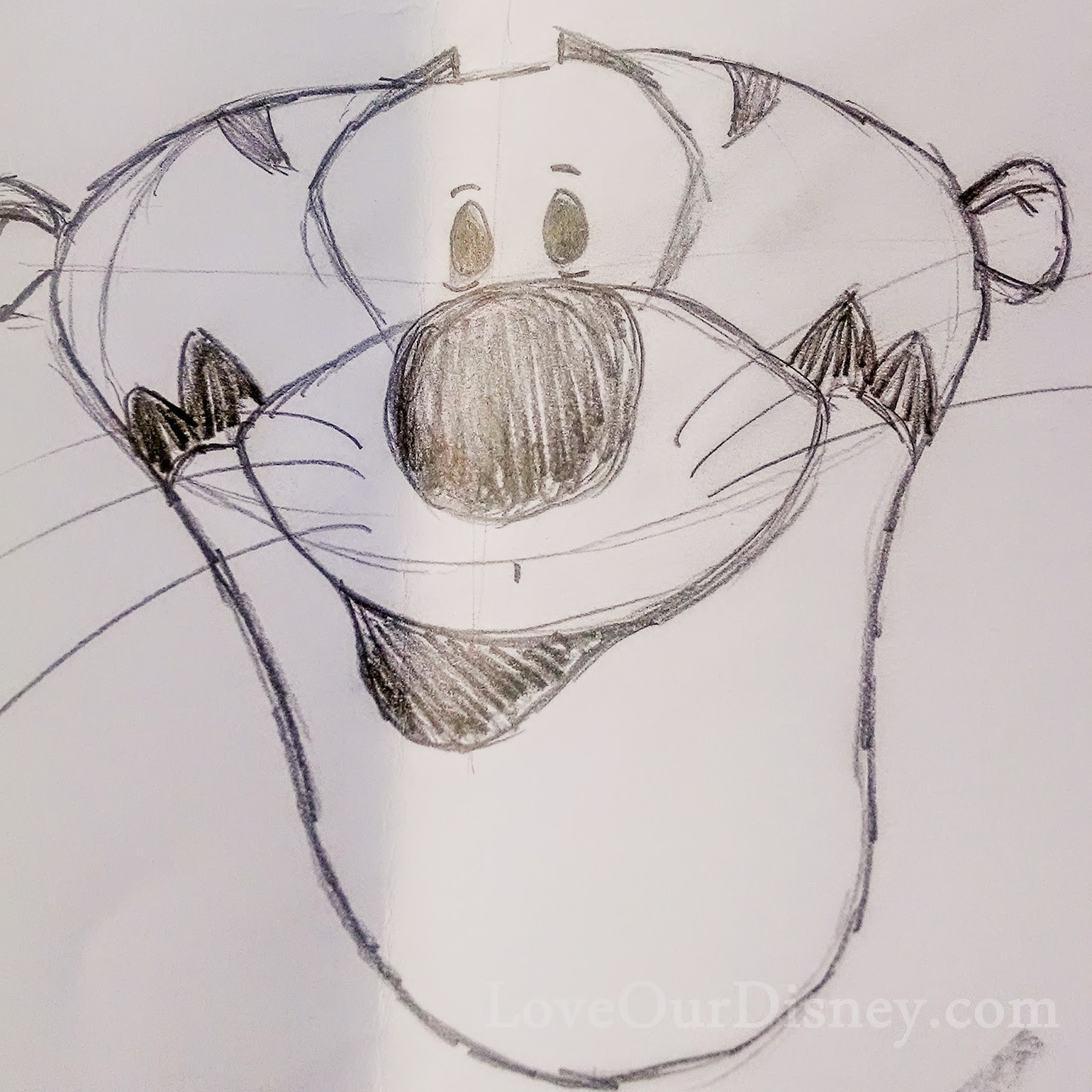 Not too bad if I say so.

Be sure to head on in to the Animation Academy during your next Disney vacation!

Have you drawn a character at the Animation Academy? Which one(s)?

Want to know more? Finish reading this article on our site!

« 5 Lessons Kids Can Learn About Money While at Disney
Disneyland Challenge- Have You Done Every Attraction? »