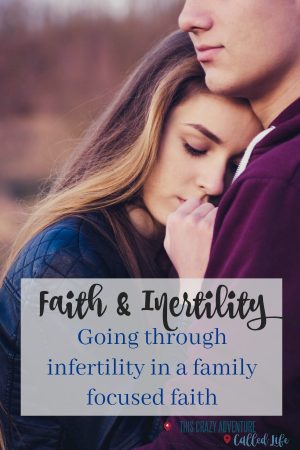 I have wanted to talk about this for years, but never had the courage to. There have been so many times I have sat down and started to write this post, only to stop and say “no…this isn’t what my site is about.” But you know what? If I can help just one person know that they are not alone, then it is worth it. That is why I am finally writing out this post and sharing it. Because I felt so alone when going through this part of my life, and I am still going through it… 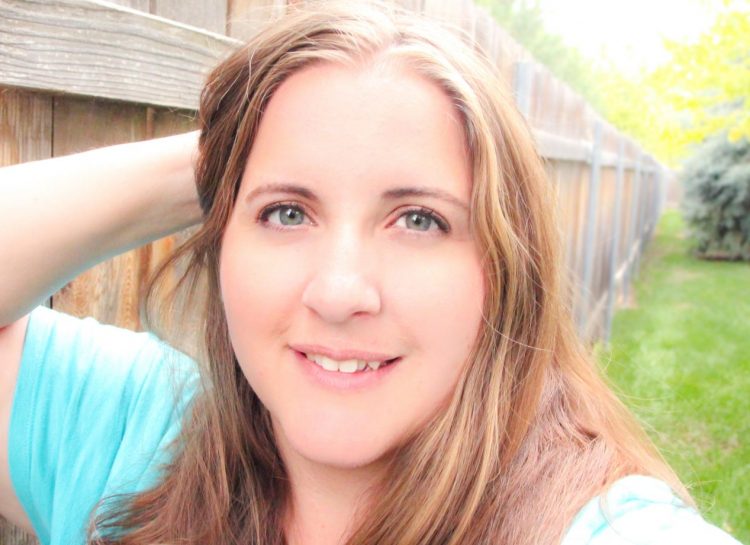 I struggle with infertility. All three of my children are the result of years of fertility treatments, prayer, and tears. I was very open about my infertility to friends and a few others during our struggles. When we started trying for our second (the twins!) we weren’t quite as open. And now, I have not been open at all.

But even when I have been open, I have not spoken about one aspect of it. Something that I felt so alone about, and I don’t want others to feel that way. You see…

I Am A Mormon With Infertility

I don’t think I have ever come right out on my blog and shared my religion before this statement. I am a Latter Day Saint, or as many call them “Mormons.” We are a denomination of Christian (yes, we are Christian) that believe that families are forever. Families, and their importance, are a core belief of my religion.

If you are not LDS (Mormon) you may think all Mormons have big families (my parents have eight kids) and that we all start having kids at nineteen. Both of those are wrong. Plenty of Mormons only have 1-3 kids. But yes, some have very large families.

And while some do get married and start having kids before they are old enough to drink (though we don’t believe in drinking alcohol), most Mormon women are having babies in their mid-late 20’s and some are even starting families in their 30’s. But the majority start having children within a few years of getting married.

My husband and I were married almost nine years before our oldest was born. But it wasn’t by choice…

I thought I would get married and have kids

I was raised in the LDS church. I stopped attending church as a teenager, but after my husband and I got married (he also was raised LDS but neither of us attended, though we were still members) I eventually returned to full attendance.

“You have PCOS.” Polycystic Ovarian Syndrome. I don’t ovulate, it is hard to control my weight (even with watching diet and exercising), and worst of all, I was not going to easily get pregnant. We later found out we had several other infertility factors as well.

At this time, I wasn’t too worried about it. It would happen when it was meant to. My husband and I started going back to church. As we started attending church again, we started praying about starting a family. Which eventually led us to visiting our local fertility clinic.

I felt a lot of guilt seeking infertility treatments. Back in the early 2000’s, Mormons struggling with infertility seemed to still be pretty quiet about it. I searched for church articles, and books about it. I found next to nothing…except a fictional novel that just made me cry a lot.

As we kept trying to conceive, my husband and I became more certain of our faith. Looking back, I have to say, during our trial of infertility to conceive our first born, my faith in God and His plan for us was stronger than it has ever been. But as someone who had been taught that God blesses us when we are faithful, I kept feeling like my infertility was my fault…. IT WASN’T. But I wouldn’t learn that until later.

I was infertile in a faith focused on families.

If you are not LDS, you may not know this but families are a huge part of our faith. We believe that families are forever. We believe that being married in the temple (or sealed if you were previously married outside of the temple) gives families the opportunity to be together for all eternity. Sunday school lessons often revolve around families, songs taught to us since we were children emphasize families and their eternal nature. So every single week I was reminded how important families were. 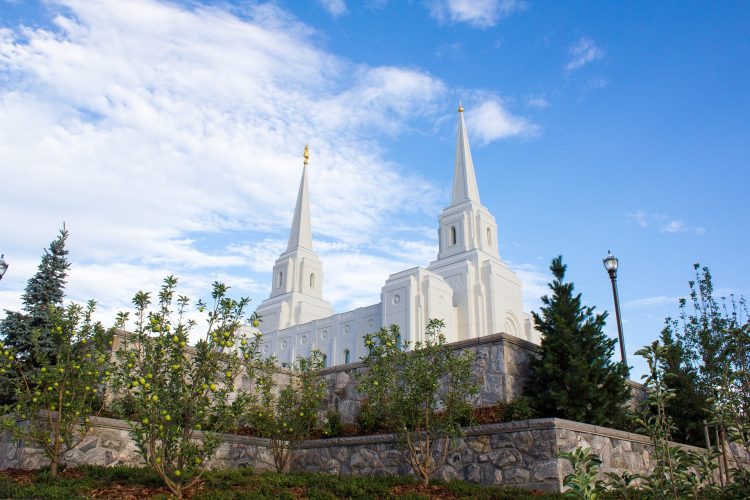 Mother’s Day was the worst Sunday each year. Every year they would sing and then ask the moms to stand. Then as an after thought “all the women over 18.” In fact, one year the brother speaking blurted out “want to be mothers please stand.” I burst into tears. I never attended another service on Mother’s Day again… (Side note: if you are ever in charge of Mother’s Day, please just quietly hand women something as they leave, or host a special dessert after for the women…don’t make women stand. It hurts. It hurts so bad…)

[clickToTweet tweet=”What it is like to be infertile and Mormon. Great read for any religious person struggling to conceive.” quote=”I was infertile as a member of a faith that focuses on the importance of families.”]

As my husband and I neared our six year anniversary, we realized we may need to try in vitro fertilization (IVF). For some reason it felt taboo. It felt like we were playing God. At the same time, my husband and I were preparing to go to the temple. We spoke to our Bishop (the leader of a LDS congregation) because we were sure the church forbade IVF.

We were wrong. The Mormon church does not forbid IVF. It is not even discouraged. We felt better. We made plans to move forward both with IVF and with our temple sealing.

A test of faith

I was heart broken. I felt like I was being punished for something. I WASN’T.

I suffered in silence.

I had not told anybody we were pregnant. I cried and tried to move on. Honestly, it was hard, but I was comforted through prayer and talking with my husband.

My husband and I moved shortly after that. We had now been married seven years and had no children. When we started in our new ward (congregation) and we met someone new this is about how the conversation went:

“How long have you been married?”

“Your husband must be in school.”

Thankfully, my husband was in school. But it was annoying that the only reason we must not have had kids yet was because we were in school. Because obviously it was a choice to not have children. IT WASN’T.

I did not share with our new ward friends about our inferility. I suffered in silence. I still felt like my inferility was my fault. IT WASN’T. 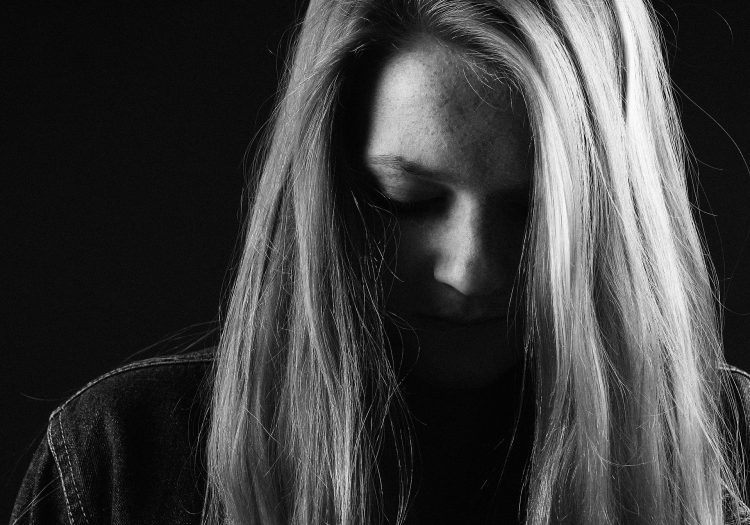 It was when I sat in a Sunday School class that the teacher asked “Does God do things to us or for us” that I realized, no, I wasn’t being punished. I had a huge revelation experience shortly later. I won’t share it here, but it is shared on our old “family blog” (remember when those were a thing?) and you can read it there. It was a revoluntionary moment for me.

My faith told me to keep trying.

My family started telling us we should just adopt. By this time we had spent tens of thousands of dollars on fertility treatments. We didn’t have money to adopt at this point. I was even gifted books on adoption for Christmas.

We knew we weren’t meant to adopt. We had received the answer to our prayers. “Don’t give up hope.” Finally, shortly before our eighth anniversary, we gave it “one more try.” If this didn’t work, we decided it was time to stop trying. Thankfully we conceived. And then nine months later our oldest son was born.

I still struggle to this day.

We have since struggled with infertility. We had multiple miscarriages between the Goof and the twins. Then last year, we transfered two frozen embryos. We got pregnant. We saw the heart beat…and then we miscarried.

That miscarriage hit me hard. I tried to act okay around friends and family, many who didn’t even know we had been pregnant, but inside I felt dead. I put on a happy face for my kids (who we never told about the pregnancy) but inside I just couldn’t get over that I had lost this baby. The one we thought would complete our family.

My faith was challenged.

I fell into a very deep depression. Nobody knew. I don’t even think my husband knew. I tried to keep it hidden. My faith was challenged. And not just my “Mormon Faith,” but my faith in all things good, all things relating to God, was challenged. I am just barely starting to come out of it. Just now starting to feel like myself again.

I am sharing my story because I want others to know that they are not alone. This week is National Infertility Awareness Week. Did you know 1 in 8 couples suffer from infertility? Infertility doesn’t care what religion you are, what race you are, what your education is… It effects men and women.

I felt so alone going through infertility by myself, as a Mormon. I felt like nobody else knew what I was going through. I am grateful that since then, the LDS church has had several talks and messages about infertility. It is not nearly as taboo of a topic as it used to be…but you can still feel like you are alone.

If you are struggling with infertility, check out Resolve.org