It was the first day of the second week of school when my son announced to me on the walk home “We got to go to the computer room today and get online. Now I can get on the computer at home.” How cute! My son thought that because he was able to get on the internet on the computer at school, he was going to get to do it at home. But then I got to thinking, in this day in age, kids need to learn how to work with computers and other devices and be online early in life. It is my job as a parent to help teach him how to do so responsibly. I wanted to know what my son was doing, but I wanted to teach him responsibility and let him have more freedom at the same time. Today I want to share with you how we created open conversation and guidelines about the internet with our child. 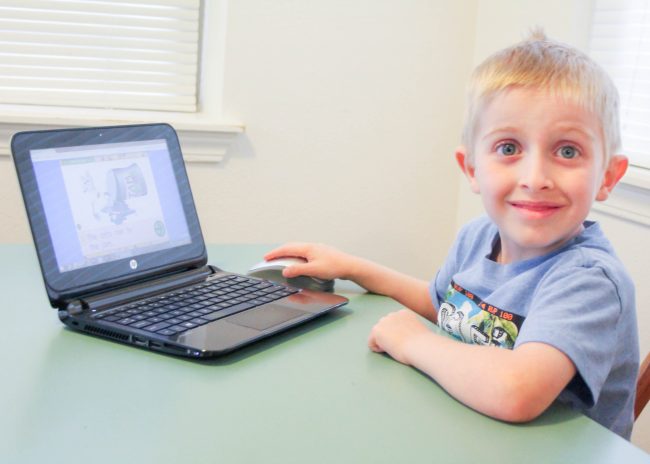 We decided that we needed to sit down with The Goof and talk to him about the internet. Now, don’t get me wrong. My son has used apps on our phones, and he basically has his own ipad (though he only gets it on road trips and during hospital stays). But all those are used with kid locks and passwords among other safety nets that made it so our son rarely got to explore the internet. Honestly, I don’t think I was ready for him to have more free reign, and so I talked with my husband, and we decided that we would do baby steps to letting him become more independent and having more freedom on the internet. We truly believe that if we start teaching him to use the internet responsibly now, it will be ingrained in him by the time he is old enough to have social media accounts. Hopefully that will help him avoid some of the mistakes young adults (and even some grown adults) tend to make. 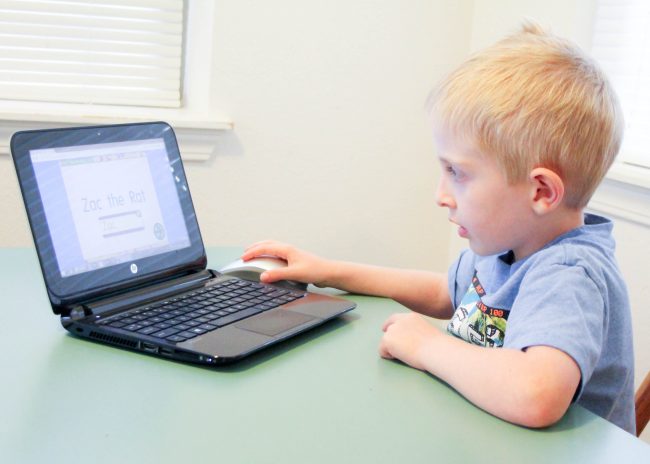 So we sat down with the Goof and we talked with him. We let him know that we were going to start letting him be on the computer and online. We explained that it wouldn’t be every day, and that mommy and daddy would get to decide what he could do online for now, but if he was good, and listened to us, we would start to let him do more and more. We decided that in order to make sure we were all on the same page, we wanted to write a contract for internet usage in our home.

This is where The Smart Talk comes in. The National PTA and LifeLock created this amazing online tool called The Smart Talk. It allows parents and kids to set family ground rules for internet useage and have open conversations about internet usage and how to stay safe online. We accessed The Smart Talk online (CLICK HERE to go the site) on our smartphone. We decided to do this because we wanted to use a device that our son might end up using once in a while. 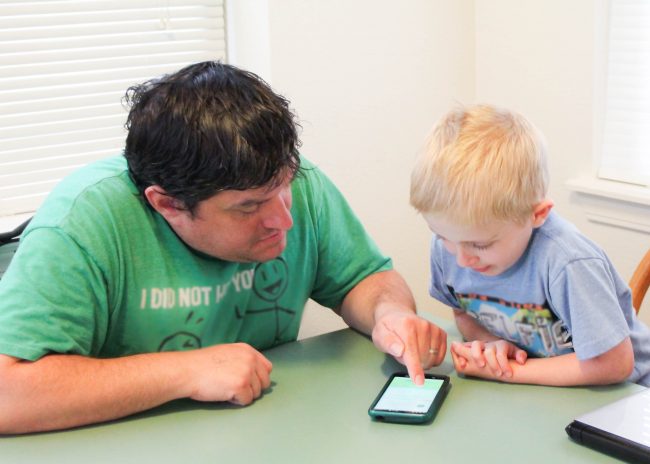 The site was so easy to use and guided us through everything. From what items we wanted to address (safety, security, screen time, and more) to giving us suggestions on guidelines. We were able to personalize it with names, time frames, and even items such as where devices would be placed at night. We went through the entire site together as a family and talked about the different choices. We let the Goof give his suggestions and we would listen and then let him know what we thought. It was nice to let him know we trust him enough to help make the rules. At the end we were able to choose how often we would revisit the conversation. 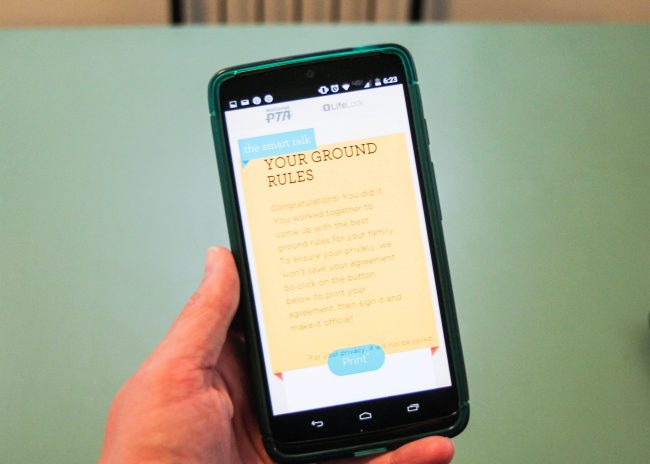 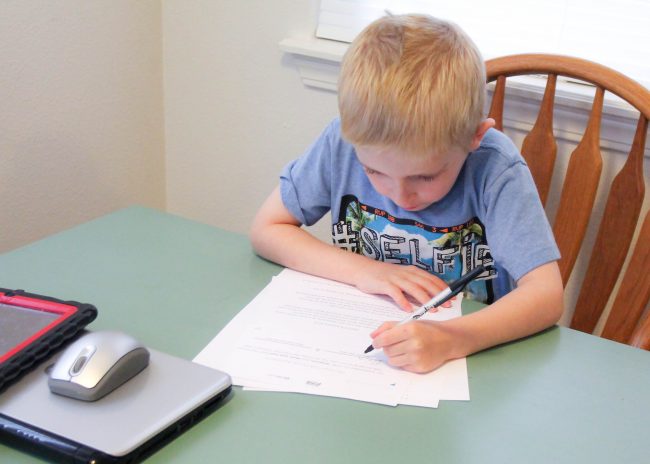 Once we printed and signed the agreement, we put it in a place where we would be able to refer to it when we needed to. Then it was time. We got online with the Goof for his first time on the laptop he will get to use. We showed him what he is allowed to click, and got on one of the sites he uses at school with him. 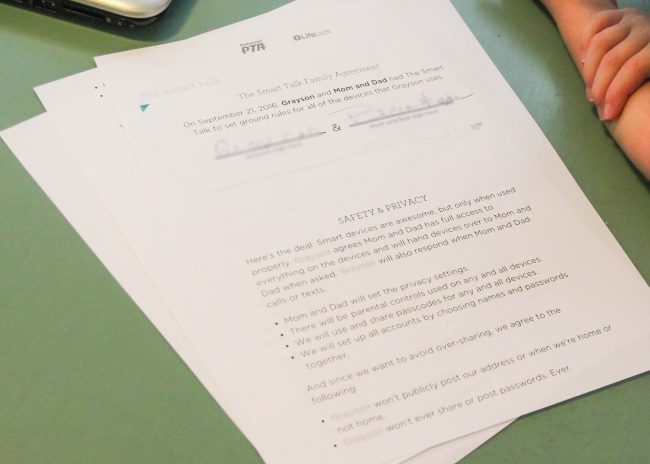 As a parent, it is a little hard to let go and let my oldest start using a computer and being online. But I know that it is important that we show him how to use the internet responsibly. I want to make sure he learns how to be safe online and know that we trust him and care about him. Sometimes it is hard to let go, but knowing that we have an open line of communication makes it a lot easier. 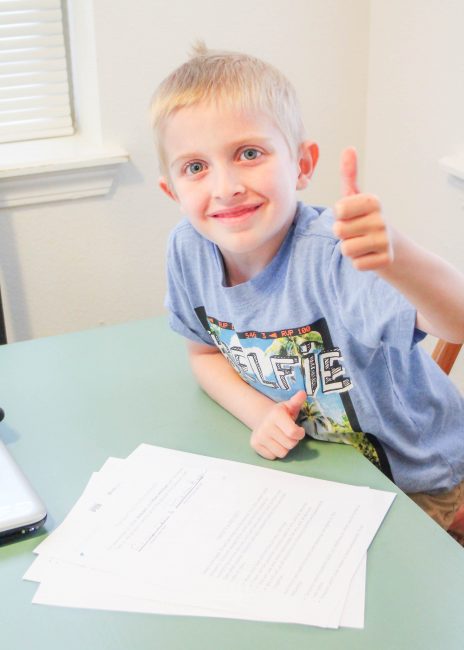 Have your own conversation with your children about the internet and have The Smart Talk. You can access the LifeLock and National PTA Smart Talk agreement site by CLICKING HERE.

I was selected for this opportunity as a member of Clever Girls and the content and opinions expressed here are all my own.